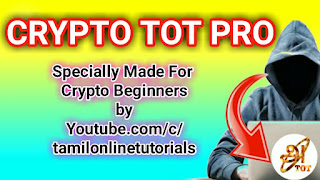 U.S. cryptocurrency exchange and wallet provider Coinbase confirmed it would open trading for decentralized Ethereum token trading platform 0x’s native ZRX token on Coinbase Pro.
In a blog post, the California-based company revealed ZRX would go live on the Coinbase Pro trading platform, with Coinbase.com and mobile apps to follow later.
‘World’s First Blockchain Phone Call’, Custom Decentralized Phone, New Blockchain Announced By PundiX
Pundi X, hot on the heels of some other recent firsts, are set to continue setting precedents in the crypto-industry with their announcement of “the world’s first blockchain phone call” made on their new blockchain-focused mobile phone, the XPhone, which Pundi claim will run without the use of a “centralized mobile carrier”.
Adding to the slew of press releases, the Singapore-based company also simultaneously announced their own suite of application layers to support the new phone, including a custom-built blockchain, called Function X or F(X). The home-built app ecosystem is created in order “to decentralize all apps, website, communications and data”, according to Pundi’s press release.
F(X)OS, Pundi’s custom Android 9 distribution running on the new XPhone, allows full compatibility with other Android ecosystem apps, although no further explanation was given. Although the company produced press photos of a seemingly in-house built phone, they also stated that F(X)OS is available for other manufacturers to test.
Ravencoin Listed on Binance!
RVN/BTC + RVN/BNB pairings are now live
DGB GOING TO LISTED ON BINANCE